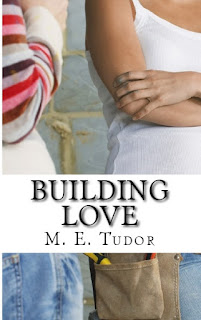 It's been a week since I released Building Love and it's ready getting some great reviews. Here's my favorite so far:
This was a good story with a bit of everything except really spicy naughty stuff. I really did enjoy this one.
The two main characters shared an alternating narrative. Both of the protagonists are less privileged girls in smallish town Kentucky, so they're automatically the good people in the story.I think that's the problematic part in that good and evil are kind of stereotyped. And when I say "kind of", I mean "really" stereotyped. Spoiled privileged white boy with enabling intolerant father and crazy religiously intolerant mom... Spoiled rich girl bullies. Yeah, I have seen that before a bunch of times already.The best parts are in the margins, I guess. The girl who went through conversion "therapy", who was only there in a single scene. The mysterious brother and absent mom. The fact that the poor girl protagonist chose life rather than to abort her unfortunate fetus... Even if life was a plot point rather than any statement about politics (and thank goodness it wasn't). These little peculiarities are what makes this story shine.There were opportunities to expand the story (like the identity of the father), but even if I could fill in the blanks, I'm glad it ended where it did because it wasn't necessary.So, broadly speaking, I think there were missteps in sketching out stereotypical characters in the broader world. When the story plays in the path of the particular idiosyncrasies of the fictional world, it's much better.

It's made it all the way to #8 in Lesbian Romance on Amazon, which is the highest any of my books have gone in that category. Of course, I'm having to compete with the likes of J. A. Armstrong (on of my favorite authors), Harper Bliss, and H. E. Logan for a higher position.

If you haven't already checked out this new young adult lesbian romance, I hope you will and I hope you'll let me know if you liked it.
at February 19, 2018