If you've been following me on Facebook, you know that I'm working on a story that is going to have a female-to-male transsexual character. I was fortunate enough to have two very nice young gentlemen contact me on Facebook. One, I interviewed via Facebook Messenger, and the other was a local man that I sat down with and had coffee. Both interviews were very enlightening.

I have to admit all I've known about transsexuals has come from what I've seen in the media. Chaz Bono and Caitlyn Jenner's stories. I've read a few books on the subject so far, Beyond Magenta: Trans Teens Speak Out by Susan Kuklin and Queerly Beloved: A Love Across Genders by Diane and Jacob Anderson-Minshall.

When I was interviewing my two new gentlemen friends, I mentioned that I was amazed that there were a lot more stories about male-to-female trans than there were about female-to-male trans. They both said that it was safer that way because society seems to be more comfortable with males becoming females than it is with females becoming males. I think this is true. I think generally people consider a transwoman less threatening than a transman.

After discussing my friends' stories and what they've had to go through, it made me realize just how dangerous it still is to be an LGBTQ person, especially for transsexuals. As LGBTQ people we constantly have to decide how out we want to be. If we are out, we are still having to keep coming out every time we meet a new person. If we are not out, we have to fear being outed every time we meet a new person.

Even within our own community, there are still a lot of prejudice. I'm not sure if this true with men who were married before they came out, but I know with women who were married before they came out, they are often not considered true lesbians because they accepted the straight privilege first. I know lesbians who would completely shun a former friend who became a man, and bisexuals are shunned by both the straight and the gay community. If you are gay, there are other gay people who insist you have to be out, regardless of the consequences.

Even though I've learned a lot talking with my new friends, it's left me with difficult decisions for my character. Will he have top and/or bottom surgery? Will he be out about who he is? How will his family react to his new identity? At this point, I haven't decided what he's going to do, but I hope that I can tell his story in a way that makes his character relatable and loveable.

I'm working on formatting all my books to go on Smashwords so they can be distributed through different markets. I'd kept them strictly to Amazon because I was making pretty good money in the Kindle Unlimited program. Well, do to the fact that my book, Suddenly could still be found online in different places that I couldn't find but Amazon could, I cannot put a book in the unlimited program for a year. This really pissed me off, but there's nothing I can do about it. 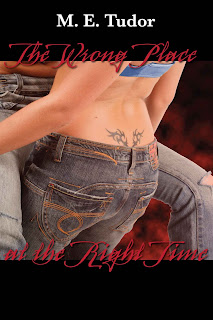 Now my books will be available through other online retailers like Barnes and Noble, Kobo, Sony, etc. Eventually, they will be available on my website. It's just a lot of work and a lot of time. The Wrong Place at the Right Time is the first book I'm publishing on Smashwords. I hope to have them all on there over the next couple of weeks.
at April 16, 2017 No comments: 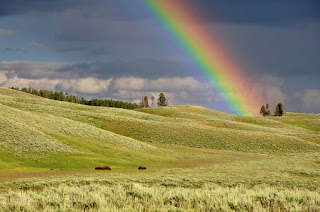