NESTING DOLL: WE FOUND OUR FREDDIE! 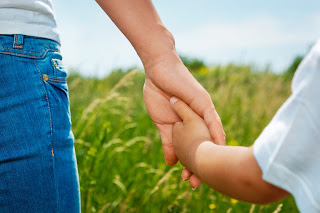 The GCLS Conference was a lot of fun, although I skipped about half of the conference in order to spend time with my sister, Sheryl and her life partner, Jim. We rarely get to see each other and it's even more rare for them to get to see my partner, Rose and the grandkids. We had a fabulous time in New Orleans. It's a really beautiful and interesting city. We're looking forward to going back to visit sometime, preferably NOT in July.

I ended up giving away the ten copies of Second Chances I took to the conference with me. Most of them I traded for other authors' books. Some of which I've already started reading. I got Rita Mae Brown's authograph, which was fabulous. I met Karin Kallmaker, Isabelle, and Baxter Trautman, all of which are authors I love, all wonderful lovely ladies. I also made some new friends, including Chris Paynter, another wonderful author. The panels were great and I learned some good stuff. I'm looking forward to using that information for future books.

Speaking of future books, my new book, Standing Her Ground is coming along nicely. I'm shooting for an October 31st release. This book is not the one I started out writing initially. I was writing about Jean and Ashley getting married and Standing Her Ground jumped out of the pages and demanded I write it first. I'm thinking about adding a blog telling the story I started to write as kind of a background feature of Standing Her Ground. Keep a watch out for that. I think my Judge Not fans will enjoy that tale.

For the fans who follow my work and stop by to check on this blog, here's a little bit of Chapter Five from Standing Her Ground.  I really appreciate everyone who reads my stories and I hope you be as excited to read this new book as I am about writing it.

Jodi wearily opened the door when she saw Lori Pennington on the other side. “Hi, Lori.”
“You don’t look all that surprised to see me,” Lori said as she stepped through the door, the cool fall air blowing in with her.
“Bryan fell at the park and hit his head pretty hard. I saw him starting to fall off the jungle gym. I rushed over to catch him, but he slipped right through my hands and hit his head on a metal pole,” Jodi sighed. She walked to the couch, where Bryan was sitting with his blanket, stuffed Sponge Bob, and sippy cup.
Lori walked with Jodi over to Bryan.
“He started screaming bloody murder. I was trying to calm him down,” Jodi explained. “Some other parents came over to see if I needed help. I was terrified when the large knot immediately appeared.” Jodi sat down next to Bryan, who immediately laid his head against her. “I called his doctor and she said to keep an eye on him, and not to let him take a nap.” She slid her arm around him, careful not to bump his head. “We’ve been watching Sponge Bob ever since we got home.”
Lori leaned close to Bryan. “His eyes look okay.”
“He seems fine. I gave him some baby Tylenol,” Jodi said, and then looked at Lori. “So what brings you out? You were just here a few weeks ago.”
Letting out a heavy sigh, Lori said, “We got a call this afternoon. The caller said she saw you push Bryan down at the playground.”
Jodi’s jaw tightened as she gritted her teeth. “We haven’t been going to the park as much as we usually do because I’d been feeling like we were being watched. Now, I know I was right.”
Lori sighed, “Apparently so.” She opened her purse and took out some papers. “We were served these papers this afternoon. I’m sure you will be getting served at any moment.”
Jodi took the papers and started reading them. Tears started forming and dropping down her cheeks. “Those motherfuckers,” Jodi whispered. She looked up at Lori. “Sorry about the language.”
“It’s okay,” Lori said. “They are making me come as a witness for their side, but I don’t know why. I only have good things to say about you.”
“Maybe they don’t realize that,” Jodi said. “I can’t believe my parents are going so far as to try to get custody of Bryan because I won’t let them have visitation. Can they do this?”
“They can try,” Lori said. “They will have to come up with some compelling proof as to why they should be awarded custody. I really don’t see how they will be able to do that. I think it may just be a scare tactic to get you to agree to allow them to have visitation.”
Jodi sat staring at the papers, trying to wrap her brain around why her parents were doing this. Suddenly there was a loud, sharp knocking at her door, making both Jodi and Lori jump. Jodi got up and looked out the peephole. It was a male police officer. She opened her door. “Yes, sir?”
“Jodi Marie Nelson?” The officer asked.
“Yes,” Jodi answered.
“You are being served with this court papers requiring you to be in Justice Margaret Henson’s courtroom,” the officer told her the date, but Jodi stared at him blankly. Even though Lori had just told her this was going to happen, she still couldn’t believe it. “Do you understand, ma’am?” the officer asked, snapping Jodi out of her stupor.
“Yes,” Jodi replied quietly.
The officer tipped his hat politely, turned and walked away.
Jodi closed the door and woodenly walked to the couch and sat down next to Bryan. She pulled him into her arms and started crying.
“Momma?” Bryan put his little arms around his mother’s neck.
“They can’t take him,” Jodi sobbed. “He’s my everything.”
at August 04, 2015 No comments: 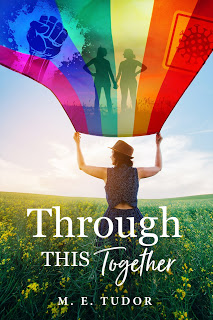